Today at 2:45pm there was another shooting near my home. This one was 300 feet from our front door. I was talking with a neighbor about the retirement of a our local state representative and that’s when we heard the shots. 5 shot to be exact. Philadelphia Police and Fire were on the scene within minutes to secure the scene and take statement. The victim was transported to a local hospital with reported gun shot wounds to his chest.

Today was a school holiday and with the nice weather kids were outside playing, riding bikes and just enjoying time off from school. Within minutes of the incident the PPD had street closures in effect which brought traffic to a stand still, buses started piling up and people were outside trying to get a glimpses of what happened in our community. As a mom I worry about my children and this type of violence. Being innocent bystanders in someone else’s war, ignorance and complete disregard for a community is a frightening thought.

Philly Police worked hard to ensure they had collected all the evidence and document the scene. They worked with neighbors who have security cameras to obtain as much information as possible. Rumors where that the victim was an Uber Driver but are unclear as to whether or not that played a role in this incident.

This gentleman was home when the shooting happened as the shooting occurred on the side of the house where he lives. He was on the phone advising his family that he was OK and safe. 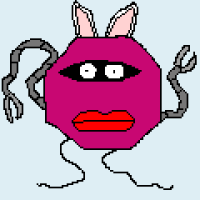 Wanda Thomas is a Philadelphia based Headshot and Portrait Photographer. Wanting to document the lives of my kids and loving everything about this craft I started a site to share with family and friends but from it grew a wonderful business. I'm glad you're here for the journey.

« Pros and Cons of owning your own studio.
Why I decided to go back to work. »

Listen to the Podcast