Lupus defined…1987
my dad, myself and my sister

When I was about 9 years old I was diagnosed with Epilepsy. Not an easy thing to be told when, 1st you don’t understand what Epilepsy is and how seizures work in the brain and 2nd, that you now have to take medication for possibly the REST OF YOUR NATURAL LIFE. Well I did what many 9 year olds did, I took it when i remembered. So time passed and I got older and continued to take this medication and grew up. But things were not alright. I was sick. I was tired. My body was just not right. By this point I was 12 years old. Now I didn’t have the language not the terminology to explain what it was that I was FEELING inside. I was just tired. I would fall asleep at dinner, fall asleep after walking up the steps, take long naps after school. My mom took me to a specialist that told her there was ‘nothing wrong with me’ I was just going through a phase. I was a preteen and this would pass. But it didn’t. After weeks of being seen in his office…I think my mom had me there at least once a week…She finally demanded a chest x-ray because of some symptoms that she called pneumonia-like. Once the test was done she took me and my sister out to dinner, i passed out at the table. When we arrived home there was a message on the answering machine that arrangements had been made for my admission to St.Christophers Hospital For Children and I needed to be admitted that night. It was then that I was informed that I had Lupus and what this disease what and had done to my body. I developed it as an allergic reaction to the seizure medication I was taking and developed fluid around my heart which was crushing it and causing it to not function properly which was the reason why I was so tired, and joints which has lead to rheumatoid arthritis, the Fluid was removed within 24 hours of my admission to St. Chris and my seizure medication was changed.
To date, I have my levels checked 4 times a year as well as kidney and Liver functions. Both of my pregnancies were High Risk where, since Lupus is an autoimmune disease the body tends to attack anything foreign so it’s always just a little risky when you get pregnant. I can not JUST take something, when I get sick. Because I had an allergic reaction to a medication I need to run even Over the Counter Medications by my doctor to ensure that I am doing the best thing for ME! I was rebellious, I smoked, drank and did things that would make my dad roll over in his grave, but those were my 20 something years. When I really grew up and accepted that this was an illness that I needed to take charge of before it took charge of me is when things changed. I stopped drinking like a sailor 12 years ago and 5 years ago I quit smoking. Pretty soon I may even go to the gym…I bought running shoes so it might happen sooner than you all think! But I eat healthy so thats my first step…

But I share all of this with you to say that this is my story…Lupus has a face it’s MY Face…I’m a mother, a wife, a sister, a daughter, a friend, a business owner,a follower of God and a soon to be runner. I am many things and I am a Lupus Warrior! 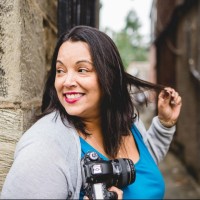 Wanda Thomas is a Philadelphia based Headshot and Portrait Photographer. Wanting to document the lives of my kids and loving everything about this craft I started a site to share with family and friends but from it grew a wonderful business. I'm glad you're here for the journey.

« LUPUS FUNDRAISER
WHAT TO WEAR »

This site uses Akismet to reduce spam. Learn how your comment data is processed. 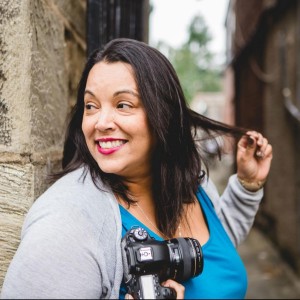 Hi I'm Wanda, Wife, Mother and Professional photographer. I am so glad you're here and excited to share all the good things with you.

Stay up to date

Listen to the Podcast

another fuckin' opportunity to grow. I heard this

BLM & the pride flag. No other caption needed. #g

You reap what you sow. My daughter and I planted t

Someone told me I don't post enough selfies so her

You know there are SO MANY in the Latina/o (Hispan

What do you love about photography? Share your ans

This photo is one of my favorite. Why? Because fro

So glad these guys are open today! Fresh baguettes

Yesterday I woke up not realizing it was JULY 1st!

That time he was mocking me by imitating me with h